White supremacists and other far-right extremists are considered the leading terror threat to the United States, a danger highlighted by the recent mass shooting in Buffalo, N.Y. To explain how the country reached this point, and what can be done moving forward, Retro Report and WNET Group’s initiative Exploring Hate produced “Extremism in America,” a five-part digital series that examines the rise of the radical right over the last 50 years. 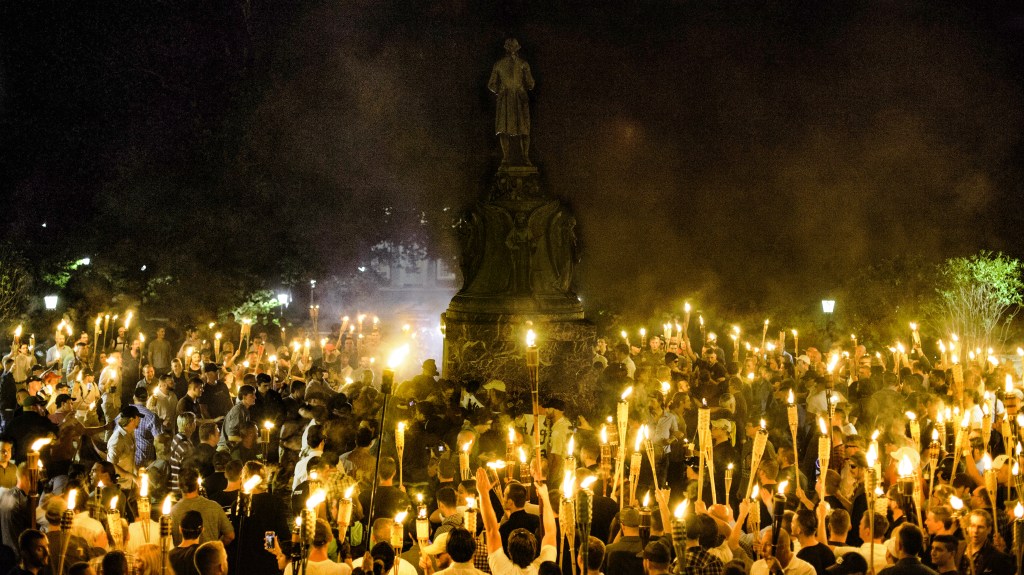 The series explores key turning points in the growth of the extremist movement, from the 1980s to present day, and the missed opportunities to stop that movement before it spread out of control. Each episode tells a self-contained story that also connects to the other episodes in the series, building into one overarching narrative. The result is an in-depth look at the roots of the country’s extremism problem that contextualizes the debate over extremism and draws connections between seemingly disparate events such as the 1984 murder of a radio talk show host, the Oklahoma City bombing and the January 6, 2021 insurrection.

Part 1, “The Order,” looks at the FBI’s investigation of the terrorist group The Order in the 1980s, and the seditious conspiracy prosecution that grew out of that investigation. The episode explores the seeds of the extremist ideologies that continue to be influential today and the government’s failed attempts to stop the broader white supremacist movement.

Part 2, “Lone Wolf,” focuses on Oklahoma City bomber Timothy McVeigh, explaining his journey toward radicalization. Though McVeigh was often called a lone wolf, we show how he was motivated by the messages of both white supremacist and anti-government groups.

Part 3, “Resurgence,” covers the revitalization of the radical right in the mid-2000s, following the election of Barack Obama, and shows how the fight against extremism became politicized.

Part 4, “Escalation,” covers a series of mass shootings in the last decade, including one at a Sikh Temple in Oak Creek, Wisconsin. Like the recent Buffalo shooting, the shooters in these instances were motivated by variations of replacement theory, the conspiracy theory that elites are plotting to replace white Americans with immigrants and other people of color.

In Part 5, “Out of the Shadows,” we look at how ideas once confined to the extremes have crept into mainstream politics, contributing to the Jan. 6, 2021, siege of the U.S. Capitol.

The historical scope of “Extremism in America” allowed us to reach broad conclusions about why the extreme right has become more powerful, make connections between seemingly unrelated events from the past 50 years, and give our viewers a deeper and more nuanced understanding about the nature of the extremist threat and how the government can respond.

‘Extremism in America’ is a revelatory series that incorporated extensive reporting and remarkable archival footage to dig deeper into one of the most important stories of our time.