How Trump Reshaped the Presidency

When we published this piece, Donald Trump had tweeted more than 11,000 times as president. To our knowledge, no one had read them all, from start to finish, to figure out what they all added up to. So we did — twice — and tagged them according to 52 different categories and analyzed what we found. 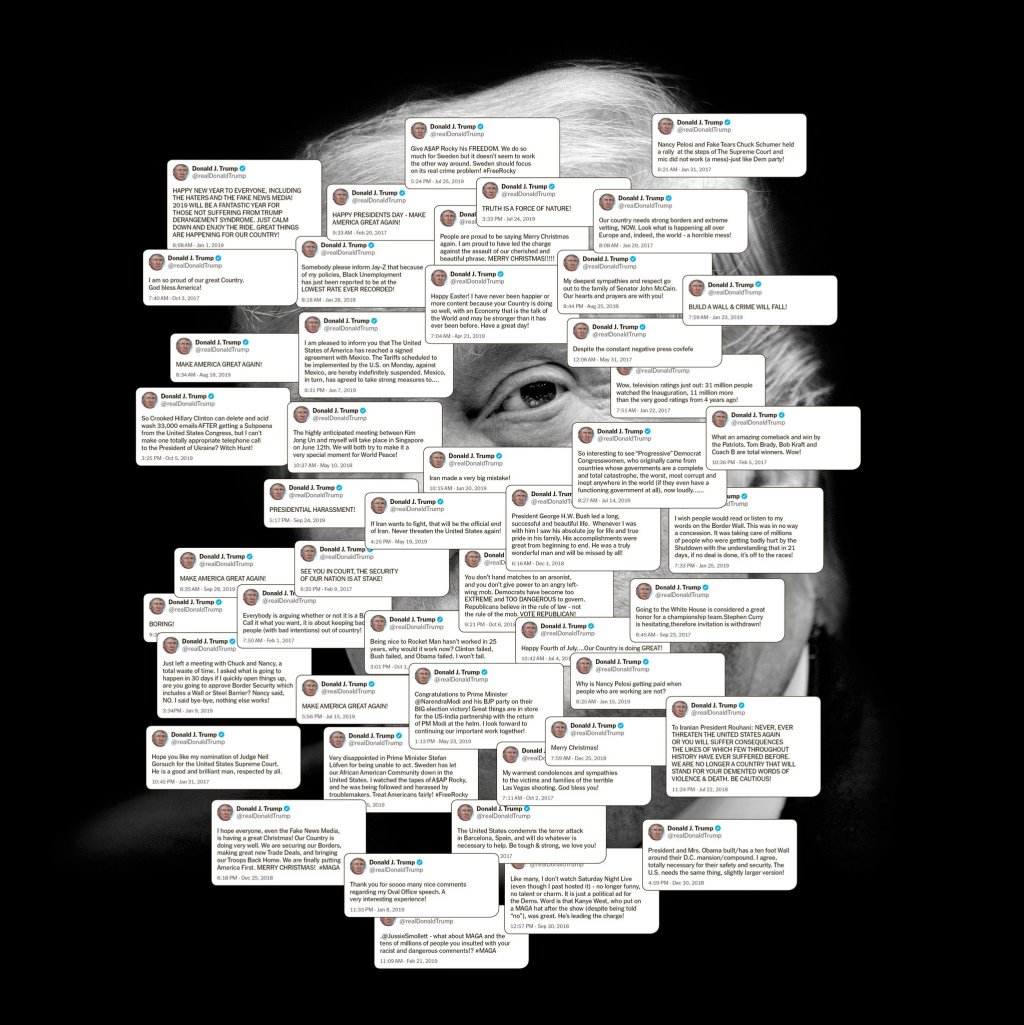 That analysis became the basis of the reporting for these stories. We also analyzed all of the accounts that follow Mr. Trump and the accounts that he follows. We boiled down our analysis of tens of thousands of data points to these three pieces, trying to take a complex subject and make it accessible to readers.

The data work, combined with reporting that takes readers from the Trump White House to dark corners of the conspiracy-theory internet, paints a first-of-its-kind picture of how Mr. Trump was able to reshape the presidency, and parts of the United States government, through his Twitter feed.