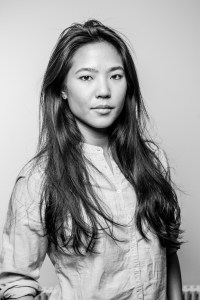 Nicole Tung is a photojournalist born and raised in Hong Kong. She graduated from New York University in 2009, double majoring in journalism and history and freelances for international publications and NGOs. Nicole primarily covers the Middle East, where her work often explores those most affected by conflict and the consequences of war. She remains focused on visually conveying the fallout of the Arab Spring, the aftermath of ISIS, and the ongoing situation for refugees from Syria and Sub Saharan Africa. Nicole has also documented the lives of Native American war veterans in the US, as well as former child soldiers in the Democratic Republic of Congo, and pro-democracy protests in Hong Kong. With the support of the IWMF Grant for Women’s Stories, she recently completed a project on the rising violence against women in Turkey.

She has received multiple awards for her work from International Photo Awards, PX3, and was named PDN’s 30 Under 30 Emerging Photographers (2013). Her images have also been honored by the Society of Professional Journalists, Human Rights Press Awards, and was given an honorable mention for the IWMF 2017 Anja Niedringhaus Awards. Nicole served on the board of the Frontline Freelance Register in 2015, advocating for the safety of freelance journalists around the world. She is based in Istanbul, Turkey.

Other 2018 Finalists in This Category

Other Winners in the 2018 Awards