By design, prisons and jails are among the most hidden institutions in American life. Even journalists who manage to gain access are only ever shown a highly edited version of life inside—sharing a deeper understanding of the realities of incarceration with the public requires creative multimedia journalism.

“The Zo,” from The Marshall Project, Sharp As Knives and First Look Media’s streaming service, Topic, is an animated series illustrated by Molly Crabapple and narrated by Michael K. Williams. It allows us a glimpse of the disorienting reality of life in prison and the tools prisoners say wardens and guards use to make incarcerated people lose their grip on the world around them, becoming easier to control.

“The Zo” is a term coined by one prisoner who felt being in prison was like living in ‘The Twilight Zone.’ It is a disturbing study of a struggle between prisoners and their captors, waged not with fists or weapons but with deliberately disorienting rules and impossible tasks. Using Molly Crabapple’s iconic illustrations and anecdotes from prison letters in the American Prison Writing Archive, voiced by people who themselves were formerly incarcerated, the films illustrate how prison breaks down the people inside. 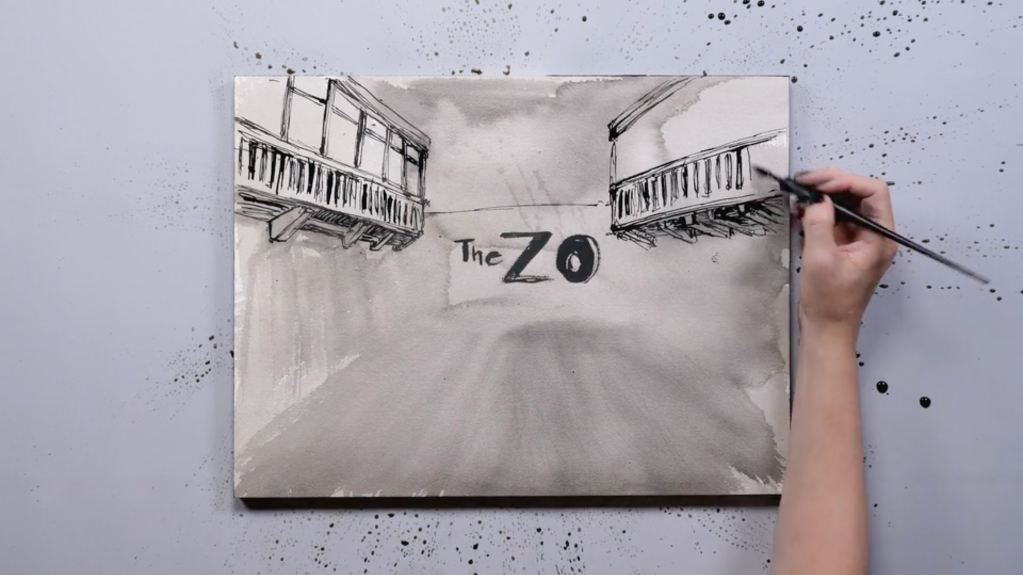 Episode One is about induction, as new prisoners try to learn the rules of their new way of life—arbitrary rules about the delivery of fresh laundry, or what items are allowed in cells, which often defy reason and are enforced or changed at the inclination of the guards.

Episode Two focuses on adaptation—the ways new prisoners try to cling to any opportunity they have to exert control over their own lives, like painstakingly documenting the prices of items in the commissary or tracking how often guards miss their shifts.

Episode Three is about the retaliation prisoners often face from prison administrators when they file grievances about ever-changing regulations or misconduct they uncover through their documentation. Administrators encourage prisoners to file these grievance forms, but even when they have proof of their claim, they are frequently punished for bearing witness with transfers, solitary confinement, or harassment by prison guards.

For providing a new perspective on the impact of incarceration, we are proud to nominate “The Zo” series for ONA’s Online Journalism Award for Excellence and Innovation in Visual Digital Storytelling.