The Times began tracking coronavirus outbreaks in nursing homes last spring, well before most states or the federal government made that data publicly available, and continued its work for more than a year as 184,000 residents and employees of those facilities died from the virus. Over the months, Times reporters used that data again and again to inform journalism about the plight of nursing homes, which accounted for more than a third of coronavirus deaths in the United States for most of the pandemic, and the race to vaccinate residents and return to a more normal life. 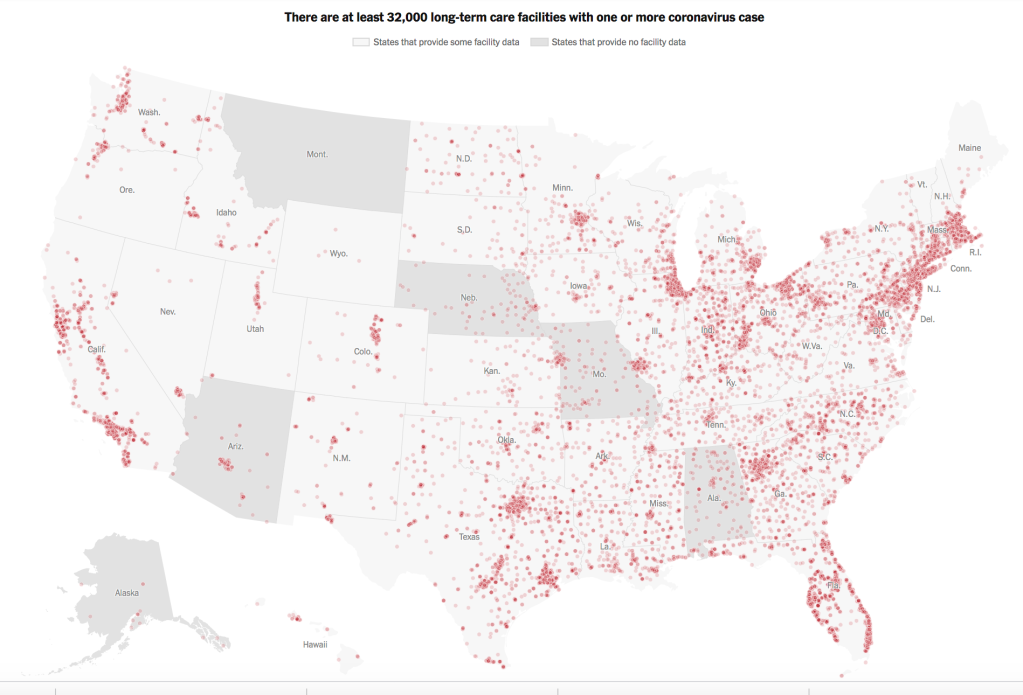 The Times did not stop at counting cases and deaths. Using a range of data sources, reporters also explored the human toll of isolation, the sudden drop in deaths after vaccinations began and the flaws in the federal nursing home rating system, which misled the public and left facilities unprepared for the pandemic. The coverage provided crucial information to readers with family members in nursing homes, held government and nursing home operators accountable for failing some of the country’s frailest people and helped foster a culture of data transparency. 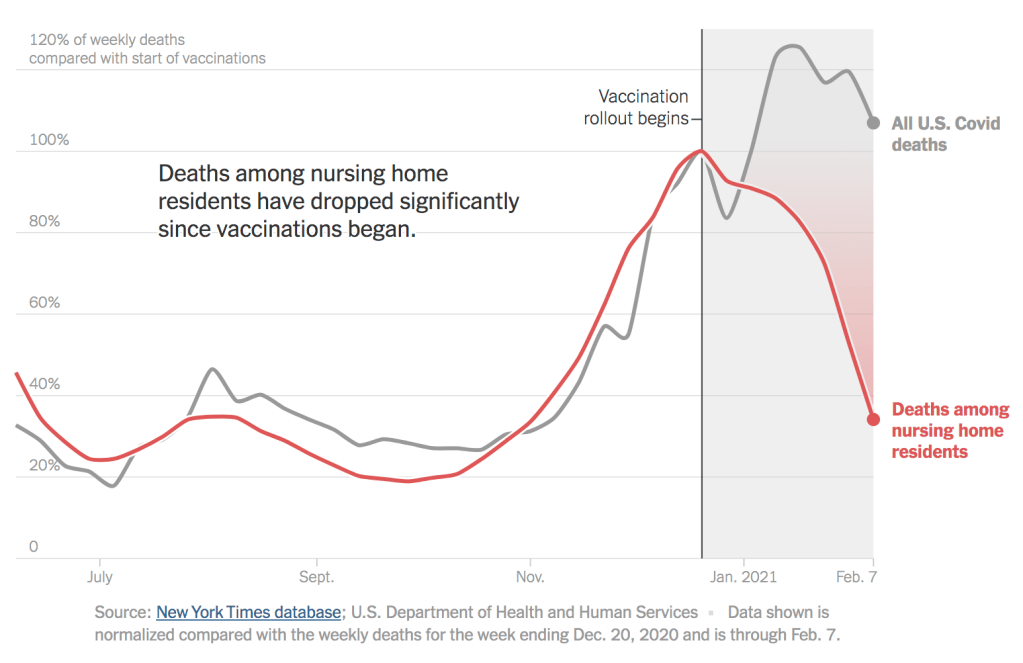 For the investigation of the federal rating system for nursing homes, The Times built a database to analyze millions of payroll records, combed through 373,000 reports by state inspectors and examined financial statements submitted to the governments by more than 10,000 nursing homes. Of the more than 3,500 homes rated with five stars, the highest federal rating, more than 2,400 were cited for problems with infection control or patient abuse.