Organization
The Globe and Mail

The reporting and presentation on the first article are top notch; there’s real interactivity but with a purpose. The behind-the-reporting feature is an excellent way to build transparency. The impact of this story is what pushed this series over into the “winner” slot.

When someone goes to federal prison in Canada, one of the first things parole officers do is administer a 12-question, multiple-choice test. An inmate’s score on that test, designed to quantify their odds of committing a new crime if released, determines their fate inside: A low enough score will land them in minimum security, where suite-style apartments and plentiful treatment programs and jobs are the norm. A high score, on the other hand, puts them in maximum security, complete with barbed wire, trips to the segregation unit, six-by-ten-foot cells and an unsympathetic parole board. 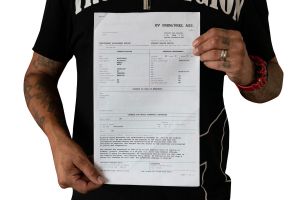 But these risk scores, as Globe and Mail crime and justice reporter Tom Cardoso uncovered, are systemically biased against Indigenous, Black and female prisoners, a fact Correctional Service Canada – the agency in charge of Canada’s federal prison system – has known but not disclosed for nearly two decades.

Through the application of advanced statistical modelling, Mr. Cardoso exposed the racist truth about Canada’s correctional system: simply being white puts an inmate further ahead of their Indigenous or Black peers. 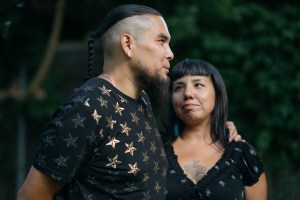 Nick Nootchtai and his wife Katheryn Wabegijig spend time together in a park near their home in Toronto, Friday, July 17, 2020. Nootchtai was released from prison in November after serving his full 12-year sentence for manslaughter. He and Wabegijig stayed together the entire time and married while he was in Kingston Penetentiary. (Galit Rodan/The Globe and Mail)

The response to Mr. Cardoso’s first story, published on a Saturday in October, 2020, was immediate. By the time the weekend was over, a member of the House of Commons public safety committee had pledged to conduct a parliamentary study of systemic racism in federal prison risk assessments. “This needs action,” he told The Globe. A day later, that study was officially announced with all-party support. The following day, Prime Minister Justin Trudeau himself addressed the issue, saying more had to be done by the federal government to fight systemic racism in prisons.

Criminal lawyers have used The Globe’s ground-breaking findings in Parole Board of Canada hearings, university professors are using the story as teaching material, and both senators and Canada’s Correctional Investigator have directly referenced the investigation in recent statements. In early January, a civil rights lawyer brought a class-action lawsuit against the federal government on behalf of tens of thousands of inmates, arguing the use of these risk scores amounts to a deliberate discriminatory practice.

Testimonials from readers have driven home the importance of this kind of dogged investigative reporting. “What a wonderful public service you have done,” one reader wrote. “This is the true value of independent journalism.”