In a nation where nearly 113,00 people are waiting for life-saving organ transplants, scores of donated organs – mostly kidneys – are discarded after they fail to reach their destination in time.

That’s the disturbing finding of a six-month investigation conducted by Kaiser Health News and Reveal from The Center for Investigative Reporting and PRX. 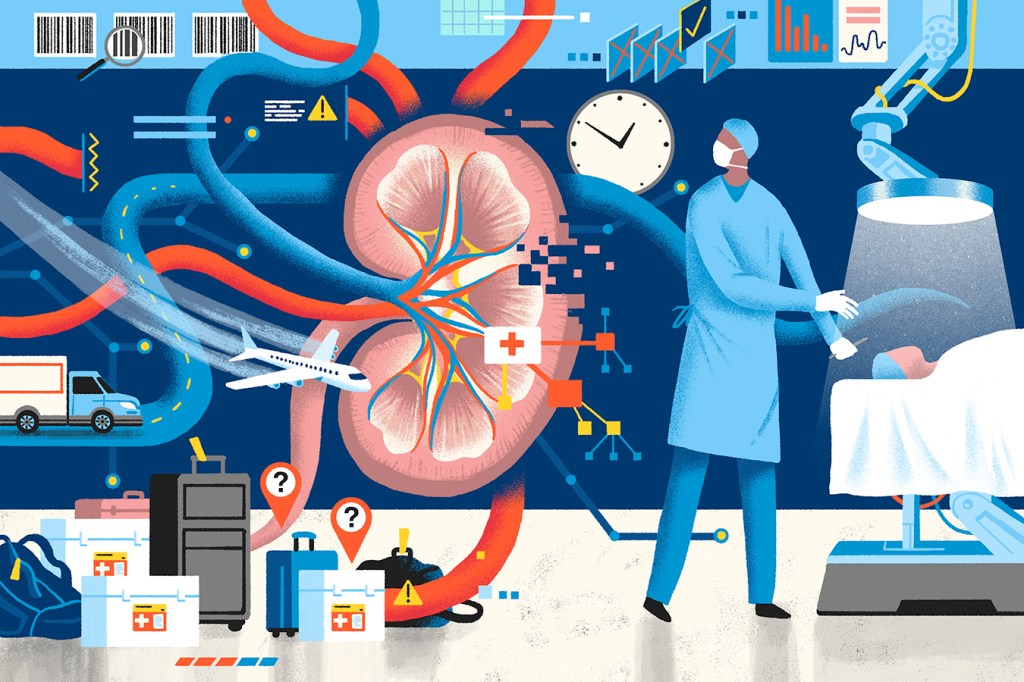 In audio and online digital reports, KHN and Reveal correspondents showed that at a time when consumers can precisely monitor a FedEx package or a DoorDash dinner delivery, there are no requirements to track commercial shipments of human organs in real time – or to assess how many may be damaged in transit.

KHN and Reveal reported the surprising finding that at least 10 organs for transplant are shipped using commercial flights in the U.S. each day, but with less oversight than the luggage that flies on the same planes.

The reporters reviewed previously unpublished data from more than 8,800 organ and tissue shipments collected by the United Network for Organ Sharing, the nonprofit government contractor that oversees the nation’s transplant system.

The reporters found that between 2014 and 2019, nearly 170 organs failed to be transplanted and almost 370 endured “near misses,” with delays of two hours or more, after transportation problems.

The audio story, produced by Reveal’s Emily Harris, traced one such “near miss,” in which a kidney taken from a donor in Florida was headed for a recipient in North Carolina. But it got waylaid in the Atlanta airport by a Delta Airlines handler who set it aside for a later flight, despite the critical timeline. After a late-night scramble, the organ arrived for the transplant operation with just 46 minutes to spare.
One contributing factor, the investigation found, is the lack of a national system to transfer organs from one region to another because they match a distant patient in need. The U.S. relies on a patchwork of 58 nonprofits, called organ procurement organizations, or OPOs, to collect the organs from hospitals and package them for shipment.

From there, however, the OPOs often rely on commercial couriers and airlines, which are not formally held accountable for any ensuing problems.

The reporters also revealed that information about those losses and near misses is typically not reported to the families of deceased donors, who often find comfort in their loved one’s final gift. The organ recipients may never learn why a life-saving transplant had to be rescheduled or if they’ve received an organ whose function is affected by transportation delays.
Despite protests from many in the transplant community, the problem has received no serious review. A UNOS committee is considering whether to collect data on transportation methods and outcomes, but, so far, the question remains under review.