The Marshall Project is a nonprofit news organization focused on covering the criminal justice and immigration systems. We publish deeply reported investigations, explanatory and contextual pieces, narratives and profiles that put a human face on criminal justice, along with guest commentary and first-person essays from those who’ve worked or lived in these systems. We establish facts, expose failures, and examine possible solutions for a justice system in crisis.

Most importantly, our investigations have shed light on the state of our criminal justice system today. Over the past 12 months we exposed endemic violence in Mississippi’s prison system, along with the existence of debtor prisons within the state. We wrote about the phenomenon of “short-stayers”—children who are removed from their homes, often in the dead of night, and placed in foster care for ten days or less. We’ve furthered our investment in visual features, digital innovation, and multimedia storytelling to bring greater engagement with our work, publishing, among other projects, a digital immersive that used video, data visualization, interactivity, and text to document how the United States built the world’s largest immigrant detention system in just four decades. We partnered with graphic artist Molly Crabapple and actor Michael K. Williams on a striking animated film series that explored the disorienting reality of life in prison, and spent months filming with doulas who run an innovative program for pregnant women housed at an infamous prison in Alabama. We analyzed years of data to document the human impact of progressive prosecutor Kim Foxx’s policies on Chicago’s criminal justice system, while the third installment of our Emmy-nominated We Are Witnesses series explored the struggle, humanity, and flawed heroism of Chicagoeans interacting with the justice system. We covered the complex battle to close the notorious Rikers Island jails, and created an interactive primer on 2020 Democratic candidates’ positions on key criminal justice issues. 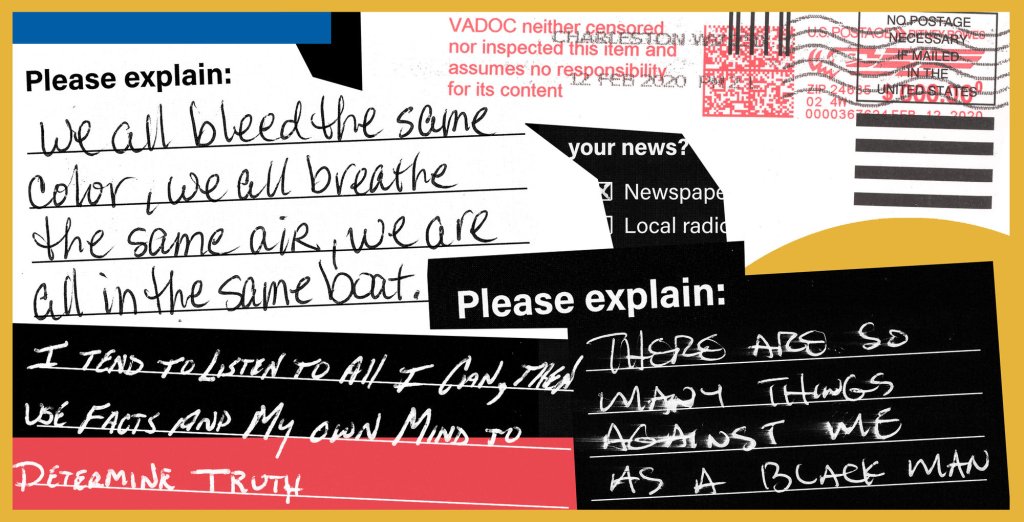 We continued to grow News Inside, our print magazine designed for incarcerated readers, that is now circulating in over 500 facilities across 38 states, plus Washington, D.C., and Canada. And using News Inside, we conducted a first-of-its-kind political survey of people behind bars that generated over 8,000 responses and led to an ambitious package of stories exploring the multifaceted nature of political engagement behind bars.

Finally, when the COVID-19 pandemic began to take hold, we swiftly transformed into a remote newsroom. Our investment in regional reporting meant that we had journalists with deep networks across the country, and our newsroom’s geographic spread, collective skill and experience allowed us to hit the ground running as we cover the pandemic’s impact behind and beyond prison walls.