These days we talk to a wide array of inanimate objects — our phones, our computers, just about anything with the word “smart” in front of it.

Talking to a machine that talks back is more common than ever, but using our voice reveals things about ourselves in a way we are only just starting to understand. 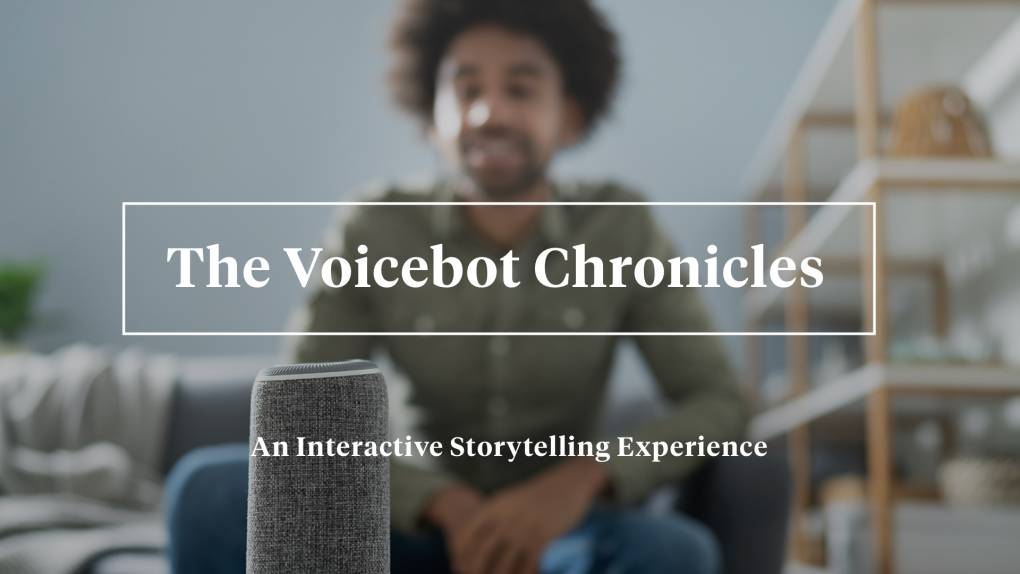 If you’ve ever felt misunderstood by one of these voice technologies (commonly known as “voicebots”) you are not alone. In fact, it may even bring up some questions: How well do we really want to be understood by machines; and how well do they have to know us in order to understand what we want?

The Voicebot Chronicles is an experiment. You might think of it as an interactive podcast. It features both in-depth reporting and interactivity, and can be experienced using Alexa or Google Assistant.

The Voicebot Chronicles takes a slightly different approach to interactive storytelling because voicebots are very personal, and what might be true for you, is not the same for everyone. How much are we willing to reveal to our voicebots? Would you lie to them? How much do we really want a voicebot to know about us?

You don’t just listen to The Voicebot Chronicles, you also are a part of the experience. The stories that are told within each episode explore a different angle on being understood. In this first episode of the series,

KQED reporter, Chloe Veltman, interviews Dimitri Kanevsky, a research scientist at Google, who lost his hearing at a young age and creates speech recognition technology to enable conversations for the deaf or hard of hearing. Then, you get to test the voicebot’s ability to understand you when you speak challenging words. Learn what it takes to have a good conversation when Chloe interviews Kathy Pearl, Head of Conversation Design Outreach at Google. Then test it out by having your own conversation with your voicebot.

Throughout the experience, The Voicebot Chronicles encourages us to reflect on how well we are all understood, and not just by the nondescript speaker sitting on your table.