The man in chains whom soccer helped to survive

The winning entry powerfully articulates a subject matter not usually covered in sports. The story’s subject matter and visuals were equally impressive. It was a moving narrative aided by compelling graphics, illustration and storytelling. 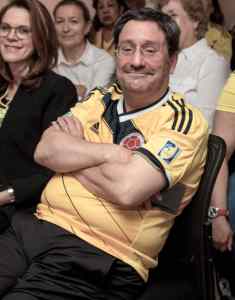 A kidnapping and a murder.

And soccer, the hope of living.

This is the story of Francisco Santos, Colombia’s current ambassador to the United States, a man who was held in the same room, his prison, from September 19, 1990 to May 20, 1991. 243 days in total. Los Extraditables’, a group led by drug trafficker Pablo Escobar, kidnapped him and he found in soccer the strength and hope to live.

In the report, Francisco Santos tells how those harrowing months were and how his passion for the ball and for Independiente Santa Fe, his team, allowed him to survive. “Soccer was like escaping from that chain that held me to the bed and forgetting that I could be dead at any moment,” says the ambassador.

– What were you thinking about while you were locked up there?

– Surviving. About getting through one more night and making it to the next day. About staying alive, that’s all he answers. 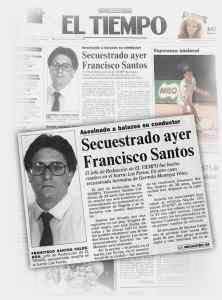 Eight months and one day of kidnapping passed.

Soccer helped Francisco Santos to live, although there came a time when he preferred to die.

“I had already made the decision to cut my veins with blades that, without my guards seeing me, I had managed to remove from the razor,” he says.

But God appeared and prevented him from doing so.

This is the story of ‘The man in chains whom soccer helped to survive’, a multimedia special with videos, graphics and illustrations that recreate those terrible moments.