Not much can be worse than trying to seize the homes, cars, or paychecks of financially devastated American families who can’t afford their medical bills – and taking them to court unmercifully, and repeatedly.

Yet that’s exactly what the massive University of Virginia Health system has done tens of thousands of times, suing for $106 million over six years, and bankrupting or debilitating patients who stood in their way. 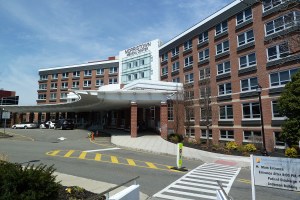 UVA had hidden all this from the public for decades. It rejected a KHN FOIA request in early 2019, refusing to discuss, or describe, a program that obtained legal judgments against hundreds of patients a week.

Not anymore. Going forward, thousands of current or future patients at UVA or VCU who have limited financial assets won’t have to worry about being taken to court if they fall behind on their hospital bills – and some who now owe money will have their debts forgiven as well.

KHN spotlighted the failure of the American Hospital Association, the industry’s biggest trade group, to promote humane collections practices among 5,000 hospitals. In response, the AHA, whose chairman runs a New Jersey system that sues thousands of patients a year, told KHN it was “reevaluating the guidelines” for billing, collections and financial assistance.

Other media outlets have written about smaller hospitals, with far fewer patients, engaged in similar practices. But some of those reports relied on lawsuit data provided by flawed academic research or by the hospitals themselves. 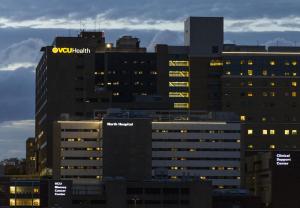 KHN’s team, led by Jay Hancock and Elizabeth Lucas, analyzed a database of Virginia court records supplemented by hundreds of cases hand-entered in the Charlottesville courthouse. Reporters visited central Virginia half a dozen timesr, attending court hearings and interviewing dozens of patients who had been sued. They unearthed startling cases in which UVA sued patients for many times the price of what it cost to treat them.

UVA lawyers billed and then sued an uninsured janitor for almost $7,000 for emergency room treatment of a sore throat. And they demanded that Heather Waldron pay $164,000 for intestinal surgery – more than twice what a commercial insurer would pay.

Using a second FOIA request, the reporters learned that UVA – which is a state run non-profit – had seized $22 million from patients’ Virginia tax refunds – all outside the court system, leaving those families with little means to fight. And when reporters dug into UVA’s claim that it gave away $322 million in “charity care” or other financial assistance, they learned that the true net cost was barely $4.3 million – all reflected in internal documents.

In a year marked by widespread angst and anger about “surprise” medical bills, the UVA coverage was the most remarkable and riveting – and highest impact- case studies of all.