In my position as the sports editor of ‘The Heights’ for the last year and a half, I’ve covered practically every sport on Boston College’s campus. This portfolio hints at the breadth of my work, covering both revenue and non-revenue sports, as well as long form features on figures essential to the makeup of BC’s athletic community both on campus and off. 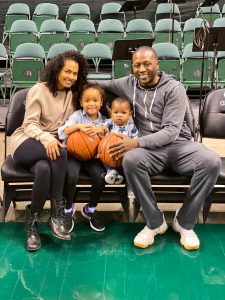 The stories “Boog’s on First: John Sciambi, BC ’92” and “Like Mentors Before Her, Jocelyn Gates Seeks to be a Champion for Students” are two examples of in-depth features on important figures in the BC athletic community. John Sciambi, now the voice of the Chicago Cubs, got his start at BC’s FM radio station, WZBC, after being cut from BC’s baseball team, and he has gone on to have one of the most successful radio broadcasting careers in MLB history. Jocelyn Gates, the subject of the second piece, serves a much different role. After witnessing firsthand the power of “champions”—those mentors who go above and beyond for their mentees—Gates became an athletic administrator with the goal of serving that same role of champion for students of color at BC.